Home » Milbemax – Is It The Best Dewormer For Dogs And Cats?

Milbemax – Is It The Best Dewormer For Dogs And Cats?

If you love your pet as much as I do then you need to read this in-depth article about worm tablets for dogs and cats, and whether worming puppies is safe too.

Many parasites can infect your dog or cat but the most common infestation your best pet friend can get are worms. As pet owners we are often not aware that our cats and dogs are infected with worm parasites, and they can also be the cause of serious illnesses in humans. That is why the effective treatment and ongoing control of these parasites by using a good dog wormer or cat wormer is so important.

If you love your family dog or cat as much as I do but are also often short of money then you probably think that your vet is just trying to sell you worm tablets for dogs that you don’t need, every time you take your pet for a regular check-up. But nothing could be further from the truth because every pet needs to be given a regular good worming medication. It doesn’t matter if you are worming puppies or looking for cat worming tablets, this could be a monthly treatment or four times a year, depending on which product you choose. 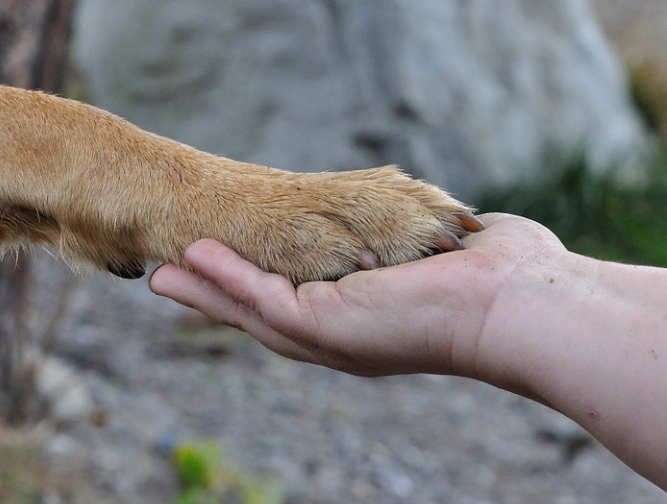 In this article we will tell you about the different types of worm parasites and why they can be dangerous to the health of humans and animals. We will also explain how different types of worms can infect you or your pet and how you can prevent worm infestations and find good worm tablets for cats, for example. Then we will evaluate Milbemax deworming tablets for dogs and cats, a well-known worm medication, to see if it has all the qualities that are required to keep your pet healthy and happy. Our in depth research on this product will highlight the good and the bad, so if you want to hear our verdict then read on…..

Types of worms found in dogs and cats

There are many types of worms that can cause disease in our pets and often you might be totally unaware that your favourite dog or cat is suffering from a worm infestation. Worms are classed as parasites which means they infect and live inside animals and humans which act as their hosts. They feed off their hosts while they multiply and as their population numbers increase, your pet will start showing signs of disease.

Tapeworms belong to a group of parasites known as Cestodes and pets get infected by swallowing the eggs which then hatch and develop into adult worms in their intestines. These worms feed by absorbing 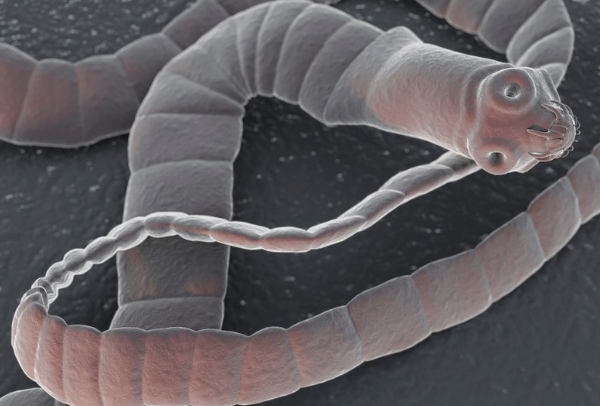 nutrients via their skin from the intestines of their host. They do not make your animal look sick unless their numbers increase significantly so that your pet is deprived of all the nutrients it needs to be healthy. To prevent this from happening it is essential for you to use a good tapeworm treatment for dogs and cats.

Hookworms are classified as Nematodes that also live inside the gut of your dog or cat. They attach themselves with tiny “teeth” to the inside lining of your pet’s 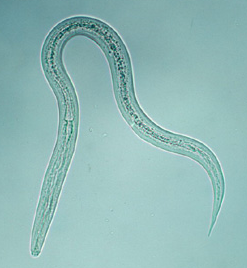 intestinal wall. Once attached, they feed on their hosts by sucking blood from the intestinal wall. When large numbers of hookworms live inside a host they can cause serious illness due to a lack of red blood cells, also known as anaemia. This can make your pet very weak and breathless, and in extreme cases it can even result in death.

Another group of Nematodes are called roundworms. They also live inside the gut of your pet and when present in large numbers they can cause severe malnutrition. They can often be 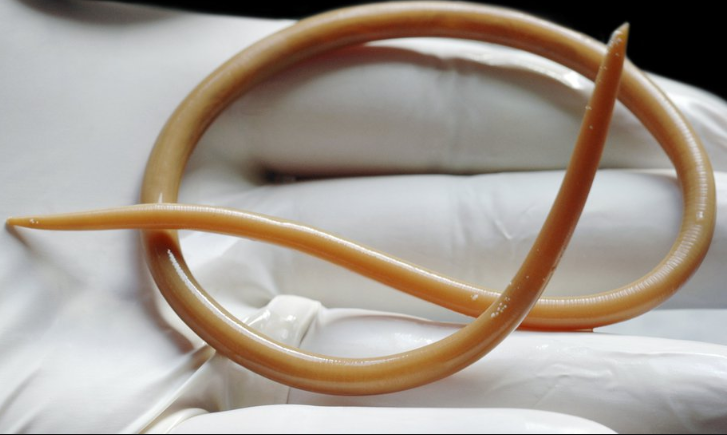 found in neglected puppies and kittens and that’s why it is so important to start puppy worming tablets form an early age. The typical signs to look out for are young animals that are skinny but have round, fat bellies and poor skin condition with hair loss.

These parasites are also commonly found in the gut of dogs 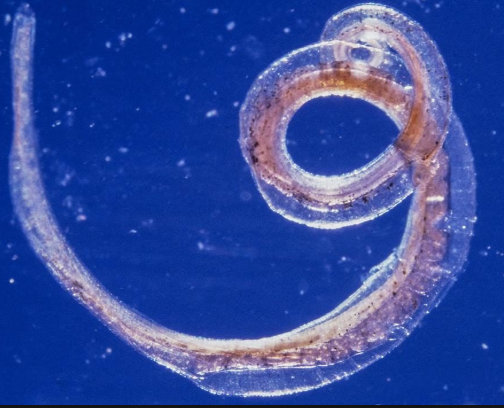 only (not cats) where they live and multiply. Pets that are badly infected with these worms suffer form signs of malnutrition and will often have diarrhoea, frequent stools with straining, and the stools will contain blood and mucus.

This class of worm parasite deserves a special mention here because this is not an intestinal worm. Heartworms or dog heartworm (Dirofilaria immitis) are small, threadlike roundworms that are commonly found in dogs but cats can also be infected. The most common hosts are dogs but this parasite can spread through the bites of mosquitos to other animals as well, like cats, foxes, jackals, coyotes, wolves, ferrets and sometimes even humans.

These tiny worms can live and multiply in the heart chambers of your dog as well as other large blood vessels like the lung arteries (also known as the pulmonary arterial system). There they can damage the 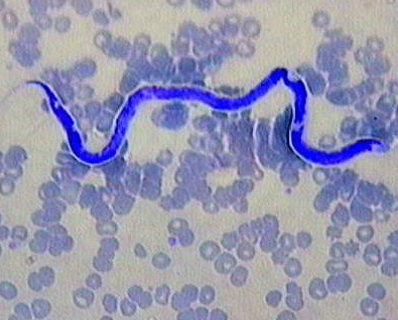 tissues and walls of the heart and the lung blood vessels which can cause serious illness in your pet and even result in death. Symptoms of this disease will be a dog that becomes weak and breathless as the result of a heart condition called congestive cardiac failure.

Prevention is better than cure with these worms so if you live in an area where heartworm infestations commonly occur then it is essential to use the best dog dewormer that also protects against heartworm (Milbemax dog wormer is a good example here). Your dog should be protected by giving a regular monthly heartworm medication from a very early age.

Can cat and dog worms cause disease in humans?

The answer to this question is definitely ‘YES’ because people can develop serious health problems when infected with these worms, although human infestations do not happen as often as in animals. But when they do, the end results can be just as serious. Children are especially vulnerable to swallowing the eggs of these parasitic worms which then develop inside their human host and can cause all kinds of diseases.

Children can swallow the eggs of roundworms which then lead to a disease known as visceral larva migrans, affecting the lungs, liver and other organs. Sometimes the larvae of roundworms can infect the 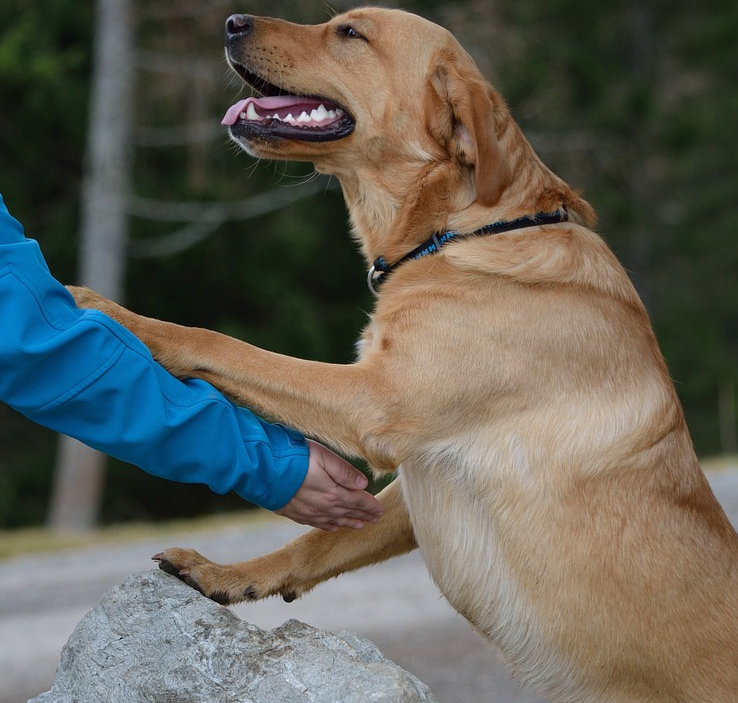 human eye, causing an illness known as ocular larva migrans which can end in blindness for the human host. Hookworm larvae can be present in soil contaminated by animal faeces and can enter their human hosts through the skin when they walk barefoot in the garden. The resulting skin infection can look like red, spidery lines that itch like crazy and is called cutaneous larva migrans.

Hydatid disease is another human illness caused by tapeworms. Hydatid tapeworm eggs can be present in dog faeces and people that accidentally swallow these worm eggs can develop cysts of varying sizes (filled with fluid) in some organs like the liver and lungs. There is another type of dog tapeworm that causes the development of human brain cysts which cause serious illness. Heartworm can also be transmitted form dogs to humans but does not cause serious disease although sometimes lung X-rays in infected people will show ‘spots’.

How do people get infected with pet parasites?

How does my cat or dog get infected?

There are many ways your pet can get a worm infestation because these parasites rapidly and easily spread from host to host in the following ways:

Deworming medication for dogs – how often should you treat your pet?

Milbemax – is it the right worm treatment for my pet?

Milbemax is a broad spectrum tablet that treats many worm parasites, so it is a very effective intestinal 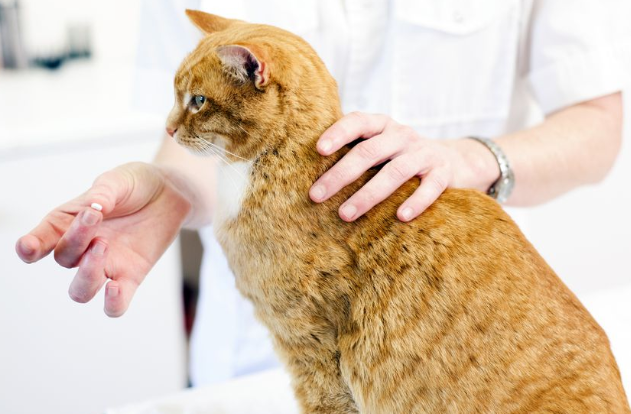 wormer. It has been used for many years to treat and prevent worm infestations in dogs and cats and to prevent and treat heartworm infestation in dogs.

How does Milbemax work?

The active ingredients in Milbemax are Milbemycin oxime and Praziquantel . Milbemycin oxime disrupts the nerve transmission in many species of invertebrates and this helps to protect our pets against roundworm, heartworm and hookworm. The second ingredient is Praziquantel which causes muscle spasm in all tapeworm species resulting in their destruction after being attacked by enzymes.

Is Milbemax safe for my cat?

Milbemax for small cats and kittens:

Is Milbemax wormer safe for my dog?

Milbemax for puppies and small dogs weighing over 0.5kg and more than 2 weeks old:

Further protection for your pets and family

Good hygiene at all times is essential: 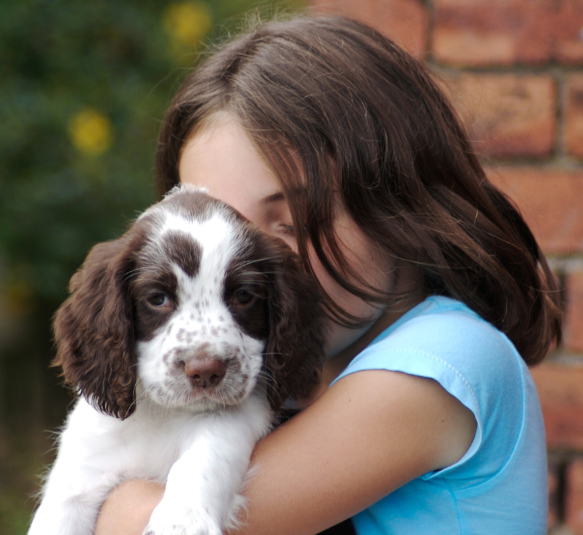 As you can see from the above research, if you are a responsible pet owner and love your cat or dog as much as I do, then you need to be serious about protecting your best furry friend against parasitic worm infestations. We will discuss the other well-known products and wormers that are available in another article, but in this article we have focused on giving you all the information you need about one of the best oral worm treatments out there.

Milbemax Elanco has been around for a long time, so it has stood the test of time and has been recommended by vets around the globe for many years. Milbemax worming tablets are safe and trusted and this pet worm medication can be purchased online with- our without a veterinary script, depending on which country you live in. You can also read our German Milbemax review here.

We hope you enjoyed our Milbemax review article and that it has been informative and educational. Please browse the rest of our website as well and many thanks for stopping by!